Get Your 2015 Tricky Tray Tickets

Half the tickets are already SOLD! Grab yours today! 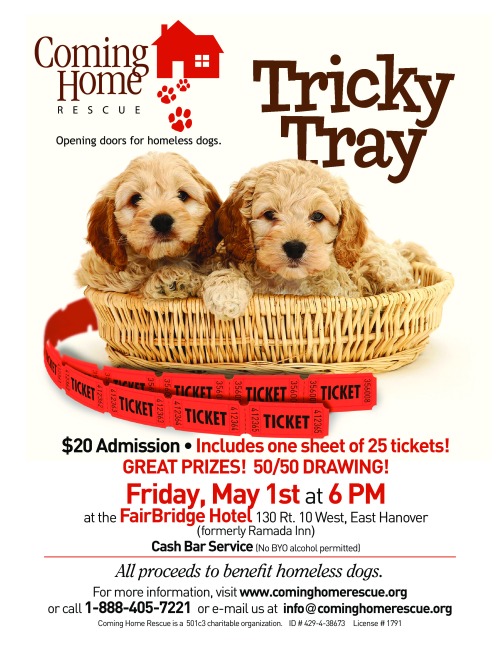 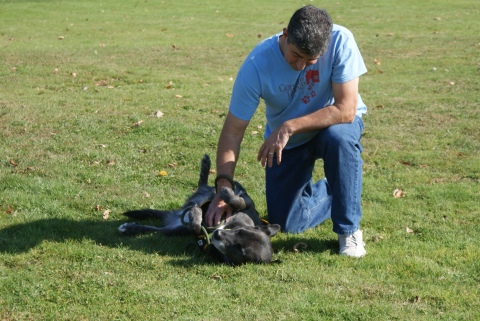 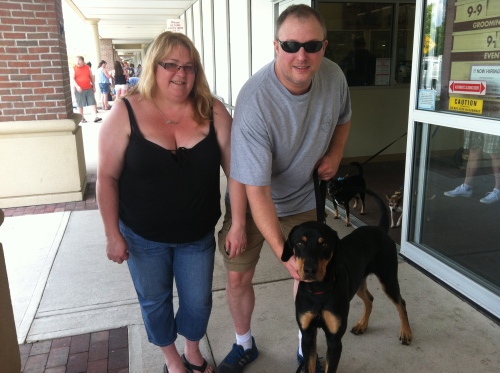 Boone and his new dad and mom

Boone was adopted on Saturday! His family has already checked in with us.  His Dad, Bernie, called to say Boone has settled in nicely, and they are never giving him back!  Boone was watching TV on the bed with Mom, Jen, and had been playing in the yard several times  on Sunday, did well with toys he was given, and ate well. Boone has found a spot to lay down near  the kitchen door so he can watch Bernie cook dinner (which is where Bernie’s last Rottie used to sit).

Wishing Boone, Bernie and Jen all the best!

Join us in the happy dance for Dotty and Apollo who went to their fur-ever homes this weekend. 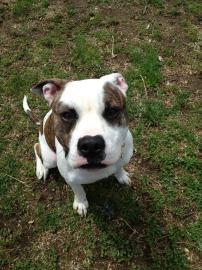 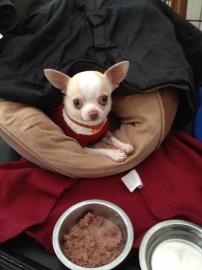