Sometimes A Chance Meeting Can Make Your World A Better Place 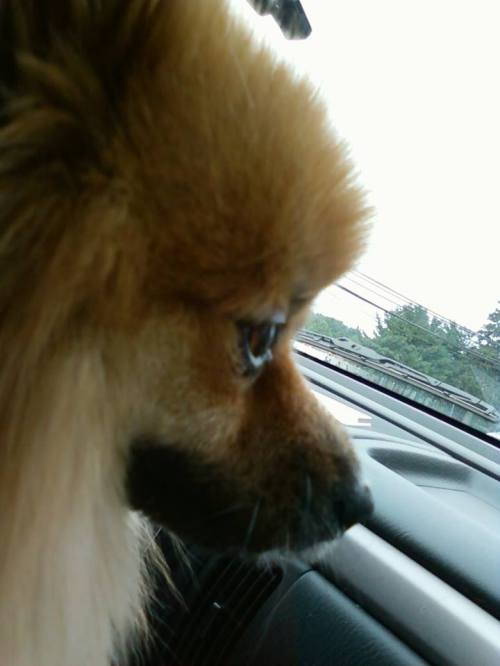 Four years ago today I met the little man who would help heal a broken heart and let me love another again.

A little over two months earlier I had lost my beautiful girl, Aspen, after 15 years of unconditional love and companionship. The thought of loving another Fur-kid was the furthest thing from my mind, but a chance meeting helping Mary with a transport of rescues from the Philadelphia pound started the wheels in motion.

He wasn’t supposed to be sitting on my lap, licking my face, being happy and loving life looking out the window and watching the world go by and then falling asleep on my lap on his journey to Coming Home Rescue. As Rockaway got closer, the thought of leaving him was killing me, and so the deal was sealed and life started with the adventures of Spike.

Today Spike is my partner in crime who lives the life fit for a King. He is a clown, comedian, social butterfly and all around love bug. He has earned his Canine Good Citizens Certificate and has become a PupScout. He attends daycare two days a week at Canine Country Club of the Lake with his special girl, Piper. He enjoys his special trips to the Morristown Deli where he is always given a warm welcome. Spike has made many doggie and human friends over the years

In his own way he has also become an eye opener to people who are not familiar with rescue. People cannot believe when I tell them that Spike is a rescue pulled from a city pound, turned in to the pound by his humans, to quote his intake papers because “Did not live up to our expectations”. Most cannot believe that a handsome, full bred, loving Pomeranian could be in a shelter, abandoned by his humans. I explain to them that Spike did not come to me “perfect” his coat was thin, his belly was bald, his teeth were beyond dirty, and he was shy around other dogs, was not housebroken and was unsure about some people, mostly men. But with love and dedication and much needed guidance from John McWilliams Spike has become the dog he is today, all he needed was the love and support to get him there.

“Shelter dogs aren’t broken; they’ve simply experienced more life than other dogs. If they were human, we would call them wise. They would be the ones with tales to tell and stories to write, the ones dealt a bad hand who responded with courage. Don’t pity a shelter dog. Adopt one. And be proud to have their greatness by your side.” –dogsrule.com

I look forward to many more years with my little man and can’t thank Mary and Coming Home Rescue enough for the joy they gave me when they allowed me to make Spike mine and me his.

Put your hands together and give a big round of applause for Joan Jett who found her forever family this Saturday.

Joan Jett and her forever family

Ayla is Looking for Her Forever Home

Trapper Is Looking for His Forever Home

Are you looking for a four-legged, furry friend?
We can help! Come out to our dog adoption event today Saturday, September 27, 2014

Can’t make it out to the event? We can always schedule a meet and greet. Just give us a call at 1.888.405.7221 or email us at info@cominghomerescue.org

Ready to adopt one of our dogs? Start by filling out our online application.

So this week we transitioned over from Summer to Fall. The leaves are turning colors and the air has been crisp. So today’s Dogs in Chairs photo celebrates pups out and about enjoying the fall foliage. And, as always, LET’S GET THIS WEEKEND STARTED!!!!

Wordless Wednesday ~ Ah, The Peaceful Sounds of the Waterfall